Sheila produced the award-winning feature documentary Knee Deep. She makes her directorial debut in Compared to What: The Improbable Journey of Barney Frank. Sheila grew up in Boston and met Barney Frank as a young college student, when she and Mr. Frank were working for Mayor Kevin White. Sheila is a well-known consumer law attorney concentrating in predatory lending fraud and the financial abuse of the elderly, served on the Federal Reserve Board’s Consumer Advisory Council from 2004-2006 and is quoted on p.17 of the official government report on the financial crisis. Please see http://www.sltrib.com/sltrib/home/51339052-76/canavan-financial-fed-loan.html.csp See FCIC Final Report, Chapter 1, p.17. Sheila’s other film work includes Yosemite, The Fate of Heaven and Waldo Salt: A Screenwriter’s Journey. 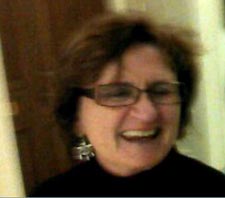 Michael Chandler is an Academy-Award nominated filmmaker, working in non-fiction and fiction film. Knee Deep won four Best Documentary Awards, including the prestigious Maysles Brothers Award, and aired on PBS Independent Lens.  Forgotten Fires, on the burning by Ku Klux Klansmen of Black churches in South Carolina, also aired on PBS. Bill Moyers said about it: “If we wanted a real dialog about race in America, we’d start with this film.”  Michael wrote and edited the documentaries Freedom on My Mind (Academy Award Nomination, Sundance Grand Jury Prize), Yosemite: The Fate of Heaven (Emmy), and Can’t It Be Anyone Else? (Christopher Humanitarian Award, ACE Award), edited Waldo Salt: A Screenwriter’s Journey (Academy Nomination) and The Squires of San Quentin (Academy Nomination), and was consulting editor and co-writer on The Most Dangerous Man in America: Daniel Ellsberg and the Pentagon Papers (Academy Nomination). He has produced and directed documentaries for the PBS series Frontline, including Blackout, The Future of War, and Secrets of the SAT, which won First Prize in Broadcast Journalism from the Education Writer’s Association. Michael has also edited feature films, including Never Cry Wolf, Mishima, and Amadeus, for which he was nominated for an Academy Award. 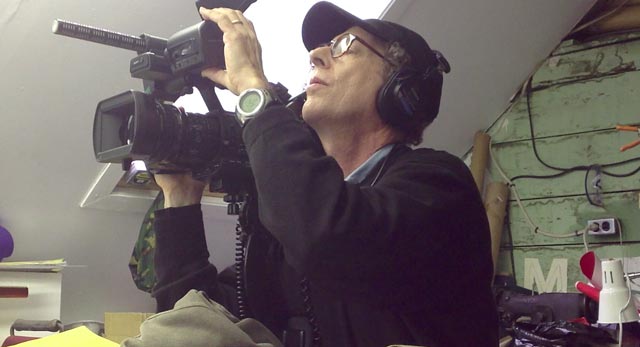 GERALYN DREYFOUS has executive produced and produced numerous award-winning films, including the Academy Award-winning Born Into Brothels and the Emmy-nominated The Day My God Died. She is the Founder/ Chair of the Utah Film Center and a charter member of the Utah Coalition for Film and Media. In 2007, she co-founded Impact Partners Film Fund with Dan Cogan.

JAMIE WOLF is a journalist, editor, photographer and member of Impact Partners, a documentary producing consortium. She was executive producer of the award-winning Born This Way, Shaun Kadlec and Deb Tullmann’s look at homophobia in Cameroon. As a young reporter for the Boston Phoenix, Jamie covered the early years of Barney Frank’s career.

ALEC BALDWIN is an actor and film producer who has appeared on film, stage and television. He is on the Board for People for the American Way and is a staunch supporter of progressive causes. Alec was a government major at George Washington University and has had an ongoing affinity for politics. At Ted Kennedy’s funeral in 2009, Alec said: “Barney Frank is, perhaps, one of the best examples of what a great legislator is today. Set aside your view of the policies themselves and keep your eye on who gets things done.”

MICHAEL BACON is an accomplished composer for film and television, with numerous awards to his credit. Bacon was nominated for an Emmy for his score for Dave Grubin’s PBS documentary Young Dr. Freud, won an Emmy for his original score for The Kennedy’s, an Ace Award nomination for his original score for The Man Who Loved Sharks, as well as the BMI Television Music Award and The Chicago International Film Festival Gold Plaque Award for music in LBJ. Shows he has scored have won three Academy Awards (The Johnstown Flood, A Time For Justice, and King Gimp). He and his brother, Kevin, perform music live as “The Bacon Brothers.” 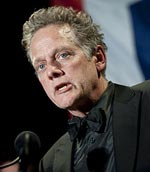 BLANCHE CHASE is a San Francisco based archival researcher and clearance coordinator. In addition to Compared to What: The Improbable Journey of Barney Frank, her recent work includes Dying to Know: Ram Dass and Timothy Leary and Plastic Man: The Artful Life of Jerry Ross Barrish, both 2014 Mill Valley Film Festival selections. 50 Children: The Rescue Mission of Mr. and Mrs. Kraus was a 2014 Emmy nominee for outstanding historical programming. A Sierra Club volunteer, she has been helping to identify films for inclusion in the California Audiovisual Preservation Project. 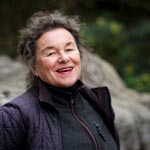 KENN RABIN is a two-time Emmy nominee and award-winning playwright, screenwriter, audiovisual researcher and archivist. He is co-author of Archival Storytelling: A Filmmaker’s Guide and has served as archival consultant on dozens of award-winning films, including The Most Dangerous Man in America: Daniel Ellsberg and the Pentagon Papers, Fight in the Fields: Cesar Chavez and the United Farm Workers, Cadillac Deser, Daughter From Danang, and Good Night, And Good Luck, for which he won the FOCAL International Award for Best Use of Archival Footage in a Feature Film. 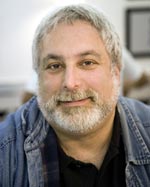 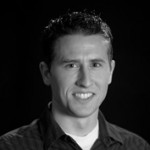 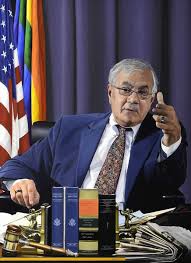 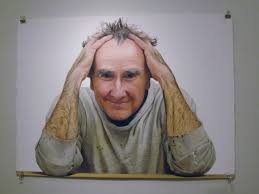